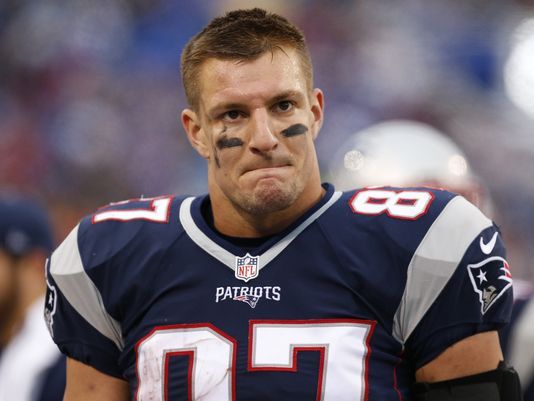 All eyes were on the Philadelphia Eagles’ triumph over the New England Patriots, or so everyone thought. One set, at least, was not.

After a devastating loss at Super Bowl LII, New England Patriots’ tight end, Rob Gronkowski, suffered yet another heartbreaking loss. Gronkowski returned home from Minnesota only to find that his Foxboro home, shared with two roommates, had been robbed. Wait, what?! It’s true; not even NFL players are immune to theft. The burglar broke a window to enter Gronkowski’s home. Police are checking into video footage from security cameras at the home, though there is no indication that the house was secured by any other equipment. Gronkowski informed police that the door to his room had been locked prior to his leaving and remained locked after the burglary. One roommate had left his door unlocked, while the other roommate’s door had been broken down. While both roommates suffered property loss, all three victims will suffer from the loss of peace of mind.

The psychological affects from having your personal space and the safety of your home violated can last far longer than the frustration over lost property. Over 57% of burglary victims expressed that they had difficulty sleeping after the event. Anger, shock, worry and fear are common emotional responses to such a trauma. We hope Rob can shake off these losses (and that he looks into a custom security solution to meet his needs)!